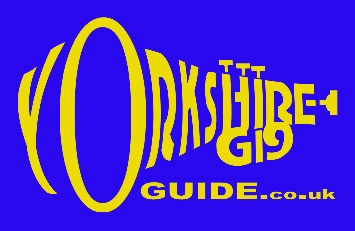 A Glorious Music Night, Live Bands and Open Mic, - and look out for our special raffle prize announcements, soon.

An opportunity to meet and listen to Tom Hingley, ex-frontman of one of the most influential bands to come out of Manchester, The Inspiral Carpets. As well as maintaining a successful solo career, Tom now fronts several new bands, including Not in Education and also The Lovers which includes Steve Hanley who is best known for playing bass guitar in The Fall.

Tom will be playing solo as well as talking about his new book Carpet Burns which is an insightful reflection of Tom's time with the band Inspiral Carpets. Book signing also. 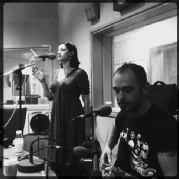 Continuing the energetic Leeds tradition the band write and perform original, passionate, emotive songs with their signature mix of styles. The bands new release 'Time Will Tell' is out now! http://www.jumborecords.co.uk/music-item.asp?product_id=CCBTWT001

'With influences ranging from Beyonce to Led Zeppelin, there is most definitely something for everyone in Claire Cameron Band’s music, and I suggest if they are playing a gig near you, you go and check them out!' Chelle's Rock Blog

'Ghostown Soldier' is Matt Anderson who has recently

Matt played in 'The Mindermasts' and 'Still Wired Monday', who were signed to 'Sound People' a small Indie label in Leeds playing the same circuit as The Kaiser Chiefs, The Pigeon Detectives and The Invention, supporting acts such as The Rascalls and Tom Hingley from Inspiral Carpets. These were all good experiences, but Matt wanted more.

Matt discovered that songwriting was a useful outlet for his thoughts, experiences and feelings. He started writing his own songs as therapy to deal with personal problems. His songs are truth for people to relate to. He calls it Music From The Soul, about his journey through life.

Dylan shows his continuing development as an accomplished singer,guitarist and songwriter.

He has developed a strong acoustic preference and his growing expertise with the guitar has been supplemented by new skills with the ukulele an harmonica.

His relaxed and easy style with a live audience makes it hard to believe that he is so young.

And of course the night includes open mic opportunity too,which includes P.A. system and lots of mic's, Our two brilliant sound engineers Sam and Jimmy, Bass amp, guitar amp, drum kit all in place- just come along and plug in!!!